Out of all the Deadric Princes and deities in The Elder Scrolls, Molag Bal is one of the most consistently vile and evil. While Daedric Princes are not inherently evil in any way, the likes of Mehrunes Dagon and Molag Bal make it seem as though they are all bound to try and destroy mortals while reveling in their suffering.

Molag Bal himself aims always to sow seeds of discord amongst mortals to claim their souls for himself in his private realm of Oblivion. 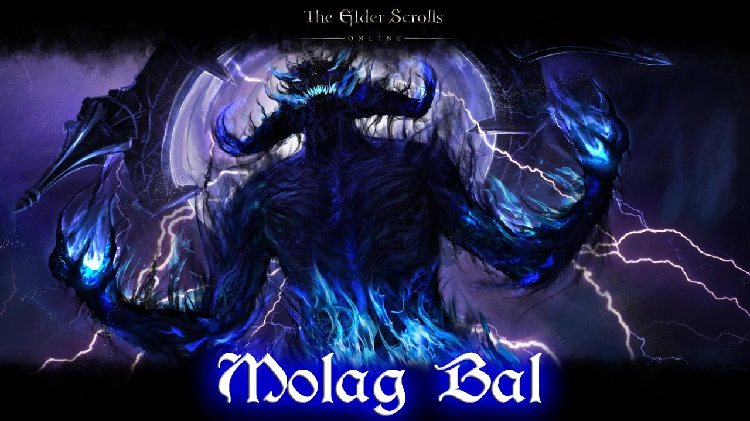 Like all Daedric Princes, Molag Bal was initially been part of the ancient species known as the et’Ada. When one of the et’Ada named Lorkhan tricked the others into combining their power and creating the mortal plane of Mundus, or Nirn, the Daedric Princes were those who did not listen.

Instead, they were inspired by Lorkhan’s plot and used their power to create their realms in Oblivion. This allowed them to each have complete dominion over their realms while also helping them grow in control rather than fading like the et’Ada that created Mundus and became the Aedra.

Molag Bal’s realm is known as Coldharbour. Because Molag Bal is infatuated with torturing the souls of mortals that he takes, Coldharbour is built as a mockery of the mortal realm. It features similar landmarks and geography but perverted and in ruins with a ground of sludge, a burning sky, and bitingly cold air.

Molag Bal even has an imperial palace in the realm that has fallen to ruin, complete with rivers of blood and fields of corpses.

As is fitting for him, the realm is also filled with mortals who have fallen to his enslavement, either from his schemes or from foolishly thinking that they could enter the realm to bargain with or worship him.

The Creation of Vampires

One of Molag Bal’s worst and most impactful actions in the history of the series was his role in the creation of vampires. Throughout the games, the tale is kept within multiple books, but it all starts with Molag Bal’s hatred of Arkay, the God of birth and life.

The hatred drove him to rape a virgin named Lamae Beolfag, that devotedly worshipped Arkay for her entire life. The act killed Lamae, but eventually rose from the dead and became Lamae Bal. She was the very first vampire.

Lamae Bal was then released onto the realm of mortals to spread the disease and bring more servants to the service of Molag Bal. However, Molag Bal still makes pure-blooded vampires when approached by worshippers who gain his favor.

The process is the same, and while many of the women subjected to it are ultimately killed, those who survive to arise as one of the most powerful creatures in all of Tamriel. Over time vampirism has evolved dramatically from where Molag Bal began it. This is especially true in the case of the vampire disease present in Cyrodiil.

Vampires in that province have a much easier time hiding their true nature thanks to the influence of another Daedric Prince, Clavicus Vile. This led to the vampires of Cyrodiil worshipping both Molag Bal and Clavicus Vile in equal measure. 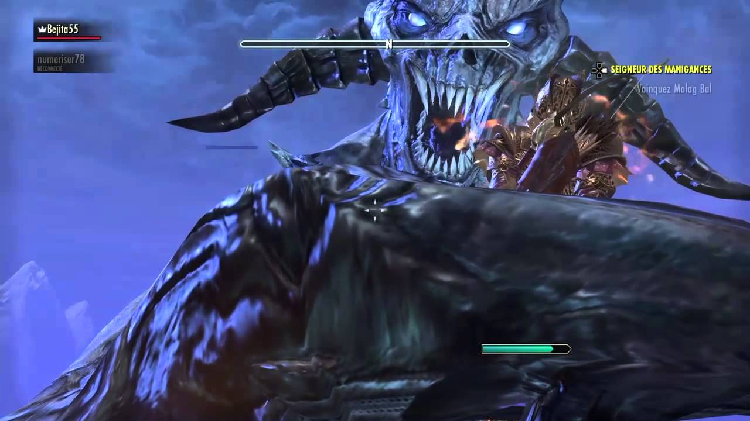 The character of Molag Bal was first introduced in the second mainline Elder Scrolls title, Daggerfall. In the game, players can accept a quest from Molag Bal to kill either a heretical mage or a priest. For doing so, the Hero of Daggerfall is rewarded with Molag Bal’s mighty mace.

Molag Bal also plays a significant role in the lore and history of the province of Morrowind. Over time he has repeatedly intervened with the bloodlines of the Great Houses to try and corrupt them and move them further away from their history with Arkay.

The most significant impact on the province was when he seduced Vivec to create a population of unknown monsters that ran wild across the region, forcing Vivec to hunt them all down and bring them to extinction. He also has two quests that he interacts with the player through.

A Cure for Vampirism

In this quest, the player has to force Molag Bal to cure them of vampirism. To do this, they have to slay not only Molag Bal’s daughter Molag Grunda but also her consort Nomeg Gwai. Once this is done, the Nerevarine is permanently cured of vampirism as thanks, removing its many positive and negative consequences.

The Nerevarine can also accept a quest at Molag Bal’s shrines to earn his favor and receive his legendary mace. Molag Bal tasks the Nerevarine with slaying a disobedient Daedroth for him that has stopped taking orders. 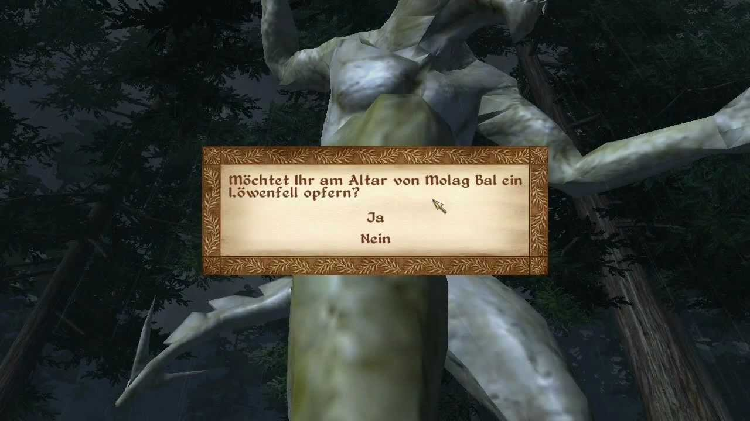 In Oblivion, Molag Bal is only involved by offering one of the game’s many Daedric quests that the Hero of Kvatch can obtain by making an offering at Molag Bal’s shrine.

The quest that Molag Bal gives to the Hero of Kvatch is to corrupt Melus Petilius. Melus was once a local hero that slew beasts bandits and helped out in any way that he could. However, when he was out fighting, his wife was taken by a fever that eventually killed her, causing him to retire after vowing never to carry a weapon again permanently.

His newfound tranquility infuriated Molag Bal, who sends the Hero of Kvatch to corrupt Melus by pushing him to anger strong enough to have him kill the hero. However, before the hero dies, Molag Bal pulls them back to his shrine and rewards them for a job well done.

Molag Bal plays a similar role in Skyrim and serves as a quest giver for his Daedric quest to obtain his iconic mace.

The House of Horrors

The quest can be found in the city of Markarth, where a Vigilant of Stendarr by the name of Tyranus wants the Dragonborn’s help investigating strange activity in a local house. When the two enter the house, it is revealed to house a shrine to Molag Bal, who forces the two to fight each other to the death.

Once Tyranus is dead, Molag Bal offers to grant the Dragonborn his mace for a small favor. That favor ends up bringing a priest of Boethiah to the house and torturing him until he pledges his soul in service of Molag Bal. 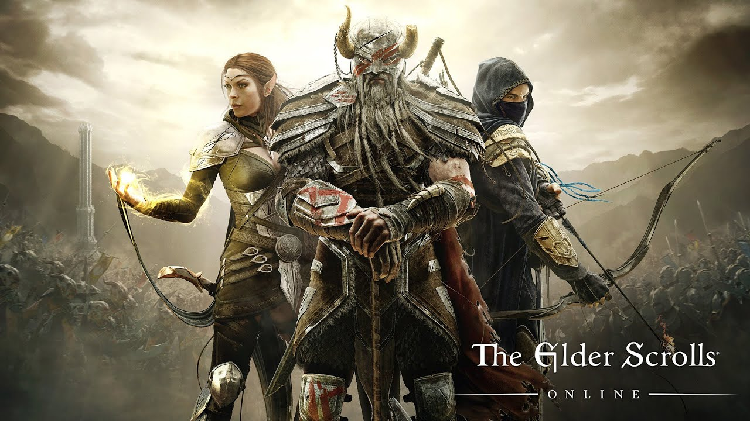 In The Elder Scrolls Online, Molag Bal plays the role of antagonist for the base game’s main questline. The quest regards Molag Bal conspiring with the powerful necromancer Mannimarco to merge the realm of Mundus with Coldharbour to take control of it using Dark Anchors that drop from the sky and hook into the ground.

The event is known as the Planemeld and is only stopped by an ancient group of heroes known as the Five Companions that team up with a new hero known as the Vestige to journey into Coldharbour and stop Molag Bal. Molag Bal is eventually stopped with the help of the Daedric Prince Meridia, but he appears in multiple quests throughout the MMO leading up to that point.

This quest kicks off the main questline as the Vestige is sacrificed to Molag Bal by Mannimarco, sending his soul into Coldharbour to serve the Daedric Prince.

However, the Vestige ends up being more powerful than Mannimarco knew, allowing them to fight their way out of Coldharbour while saving the first of the Five Companions, the Prophet.

Molag Bal then appears again in this quest where his hand appears through the portal of a Dark Anchor to grab Mannimarco and save him by taking him back to Coldharbour.

Council of the Five Companions

During this quest, the Five Companions meet to strategize and discuss ultimately defeating the Daedric Prince. During the quest, a vision shows Molag Bal torturing Mannimarco after discovering that the necromancer was planning to betray him the entire time.

This final quest of the main questline in the MMO shows the final battle between the Five Companions and Molag Bal. While Molag Bal is ultimately defeated, he is not killed but is just weakened to prevent him from carrying out his plans for the Planemeld. 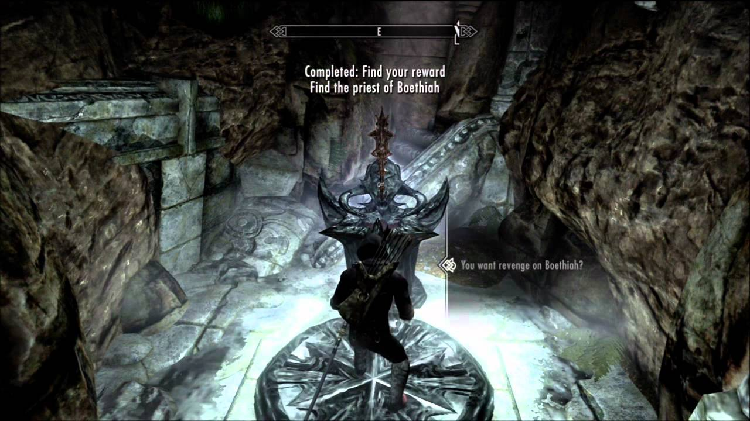 The Mace of Molag Bal

The Mace of Molag Bal is the only known artifact of Molag Bal’s, but it is mighty. In some titles, it first appears as the Rusted Mace before it is restored to its final glory by the Daedric Prince himself.

The Mace of Molag Bal can be found in the very first game in the series, although it is effectively just a mighty mace.

In Daggerfall, the mace can be earned by completing a quest for Molag Bal. The mace is a strong weapon that drains the spell points of hit enemies and transfers them to its wielder.

If the enemy does not have any spell points to drain, they lose Strength instead, which is still given to the wielder. The effect is potent because it can temporarily raise the player’s spell points or Strength higher than their maximum.

The mace also returns in Skyrim. This game counts as a one-handed weapon with a weight of 18 and a base value of 1,257. It is upgraded with Ebony Ingots and has a base damage of 16 points.

Rather than absorbing Strength and Magicka, it instead deals 25 points of damage to the enemy’s Stamina and Magicka with each hit. It also has a new enchantment that allows players to fill a soul gem with any enemy that dies three seconds after being hit with the mace.

“FOOL! Did you think MOLAG BAL, LORD OF DOMINATION…would so easily reward you?” –Skyrim

“Still, you fight on? Do you care nothing for your existence?” –Elder Scrolls Online.

“Like all worldly things, you will in time wear and be used up.” –Elder Scrolls Online.

“The skins of those you love will fly as my banner.” –Elder Scrolls Online

Answer: Molag Bal delights in the suffering and enslavement of mortals. Creating vampires presented the perfect opportunity to bring mortals under his complete control and have a way to spread his influence throughout the mortal realm.
They also served as a way to steal souls from Arkay and take them for himself, increasing his power and decreasing his ultimate nemesis.

Question: Where is Molag Bal in Morrowind’s Pantheon?

Answer: Molag Bal is one of the four corners of the House of Troubles, meaning that the people of Morrowind view him as a dangerous Daedric Prince that is innately evil.

Question: Is Molag Bal the Most Powerful Daedric Prince?

Answer: There is a lot of debate about which Daedric Prince is the absolute strongest, but it is unlikely that the answer would be Molag Bal.
Molag Bal is by no means weak, but his influence on the mortal realm and the realms of Oblivion overall does not quite compare to the likes of Mehrunes Dagon or Sheogorath. They have repeatedly even defeated their fellow princes.

With how influential of a role Molab Bal plays throughout the series, fans will want to know as much as possible about Molag Bal. He hasn’t been featured too heavily in recent mainline titles, but that could easily change with the imminent release of The Elder Scrolls 6.

Molag Bal is one of the Daedric Princes with the darkest lore and history, but it also makes him one of the most interesting and fully fleshed out.