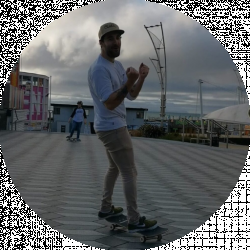 Callum Marshall
If Callum was going to credit one, and only one game for changing his gaming habits forever, it would be The Elder Scrolls: Oblivion. From the moment he exited the sewers and gawked at the sprawling land of Cyrodill laid before him, he knew his world was changed forever. He only hopes that his writing can help others experience this feeling too.

If we compare all of the quest lines within the Elder Scrolls series, it’s very hard to argue against The Elder Scrolls IV Oblivion taking home the trophy on all fronts. Perhaps I’m biased as this was the game that began this passion for me, but truthfully, I’m not sure that even the most dedicated The Elder Scrolls V Skyrim fan could disagree.

Oblivion had some of the most memorable quest lines ever, from the return of Mehrunes Dagon and the opening of the Oblivion Gates to the smaller, more zany quests where the player had to magically transport into a painted world to rescue a woman from eternal slumber. Honestly, this game had it all.

However, it’s hard to look past the guild quest lines within this game, and in particular, The Dark Brotherhood. From the moment your in-game character murders someone in cold blood, you soon find yourself recruited for this nefarious organization. The phrase ‘You sleep rather soundly for a murderer’ marks the beginning of your journey, and this phrase is uttered by the focus of this article, one Lucian Lachance.

Who is Lucien Lachance?

Related Quests: A Knife in the Dark, Purification, Following a Lead, Honor Thy Mother

The lore within the series regarding Lucien’s entry into The Dark Brotherhood is sadly quite limited. In fact, the vast majority of what we know about Lucien happens right before our eyes during the Dark Brotherhood questline in Oblivion. However, we do know that Lucien traveled to Skyrim in his youth and visited the city of Riften. So it wouldn’t be too much of a stretch to believe that Lucien began his Dark Brotherhood career in the Falkreath Sanctuary.

He would work tirelessly for The Night Mother, fulfilling contracts and serving her faithfully, with his trusty Blade of Woe as his primary weapon, which would, in turn, allow him to move up the ranks within the Dark Brotherhood and be given the privilege of becoming Speaker for the Cheydinhall chapter.

It is assumed that he has served this chapter for a very long period of time. He even states in dialogue that he raised and trained the two shadow scales, Ocheeva and Teinaava, since they were hatchlings, showcasing his tenure at the Cheydinhall chapter.

As Speaker, he mainly serves as a recruiter, covering the area of Cyrodill and finding those who have committed acts of murder—then asking them to join the Brotherhood, where they can hone their skills as an assassin and make a good bit of coin too. When he is not recruiting, he spends his days at his only known permanent residence in Fort Farragut. He is also the owner of an undead horse known as Shadowmere.

How Does Our Hero Meet Lucien?

As we mentioned, a lot of what we know about Lucien Lachance comes from the player’s encounters with them during Oblivion. The player will not encounter Lucien until they have murdered someone within the game. This does not mean a monster or an animal; you must murder a human being.

Once the player does this and sleeps in what is deemed a safe location, Lucien will be standing over you when you awake, and the first thing you will hear is the immortal line, ‘You sleep rather soundly for a murderer.’

From here, the player will be invited to join the Dark Brotherhood, provided they can pass a simple initiation test. You will be instructed to travel to the Inn of Ill Omen and assassinate an old, helpless man by the name of Rufio. You will also be gifted the Blade of Woe, but this is not an essential item to use on this quest.

Rufio will not put up any real resistance, and when he is murdered and you sleep in a safe location once again, you will be invited into the Cheydinhall Sanctuary by Lucien to meet your new, dark family. You will be given the password to the spooky door in the Abandoned House. It will ask, ‘What is the color of night?’ To which you will reply, ‘Sanguine, my brother.’

What is Lucien’s Role in The Oblivion Dark Brotherhood Storyline?

After this initial meeting with Lucien, he takes a backseat role while you move through the Dark Brotherhood ranks. Instead, the player will mainly accept and complete contracts set by Vicente Valtieri and Ocheeva. However, Lucien plays a pivotal role in the latter stages of this guild questline. Here is a rundown of events.

The player will next hear from Lucien through a letter delivered from Ocheeva. This letter is addressed to the Silencer of the Cheydinhall chapter and, therefore, is for your eyes only. The player will be instructed that there are strange things going on internally and no one can be trusted. So the player is ordered by Lucien to take out all of the members of the Cheydinhall Sanctuary, as the Dark Brotherhood cannot afford to take any chances leaving a traitor in their midst.

Once you complete this quest, you then need to travel to Fort Farragut, Lucien’s residence, where he will debrief you, and you will be awarded Shadowmere, his undead steed.

From here, Lucien informs the player that they will no longer work out of the Cheydinhall Sanctuary. Instead, collecting Dead Drops where information about the player’s next contract kill will be given. Initially, this starts out relatively normal as you are assigned typical contracts; however, with each passing contract, there seems to be a theme with the marks. They seem to be dark types, killers, and friends. You know, like the rest of the Brotherhood you work for.

Eventually, when the player is picking up yet another death drop that orders you to kill none other than Lucien Lachance. However, he is hovering over your shoulder and, in a fit of rage, confronts the player, assuming that they are the traitor.

However, when he sees that you clearly have no idea what is going on, he then realizes that someone has tampered with the Dead Drops, leading you to kill a number of Black Hand members, including the Listener of the Black Hand, Ungolim.

From here, it becomes an investigation to find the person who has been tampering with the Dead Drops, and Lucien orders you to go and collect the next one in Anvil as if nothing is wrong, then scout the drop to see who messes with it. Upon confronting them, you find that the traitor is staying in the Lighthouse in Anvil. There you find a blood-soaked ritual table adorned with ‘Mother’s Head.’

You are then instructed to head to Applewatch so you can inform the remaining members of the Black Hand of the horrors you have uncovered. However, by the time you reach this quiet farm, you will walk into a harrowing scene where Lucien has been dismembered, mutilated beyond recognition, and strung up on hooks from the ceiling.

It seems that the Black Hand believed him to be the traitor, and you are then promoted to the role of Speaker. However, as there is no real sanctuary to watch over, you must go to the Crypt of the Night Mother to seek advice.

This leads to the finale of the Dark Brotherhood questline, where the player stands in the presence of the Night Mother herself. When everyone is gathered, she speaks and reveals that the traitor is none other than Mattieu Bellamont, and he stands in the very same room.

In seconds flat, everyone turns on him, and he dies, leaving the role of Listener open for the player. Thus concluding the Dark Brotherhood questline in Oblivion.

Can You Kill Lucien Lachance?

If you have tried to slaughter every living being in Oblivion, then you probably know that some characters simply cannot die, as they are considered essential. Well, for the most part, that is true when referring to Lucien Lachance. He can be encountered several times throughout the DB run, and if you try to kill him, he will simply get back up again, making sure you can continue your Dark Brotherhood playthrough.

Does Lucien Lachance Appear Anywhere Else In The Series?

Although Lucien dies in TESIV and therefore cannot play a leading role in other TES entries, he does feature in two other TES properties. Here they are listed below:

Lucien may not be an NPC in Skyrim, but you can still contact your old Speaker from The Void. During the Skyrim Dark Brotherhood questline, the player will receive the ability to summon a spectral version of Lucien Lachance as a reward for completing the ‘Bound Until Death’ quest in Skyrim. So even long after the events of Oblivion, Lucien is still a faithful servant to the Dark Brotherhood.

Then outside of the mainline releases for the franchise, Lucien also popped up in the digital strategy/card game Elder Scrolls Legends. Lucien’s card was released as part of the Fall of the Dark Brotherhood expansion. A nod to the dwindling power of the Dark Brotherhood during the Third Era. This game received regular updates and expansions up until 2019, but it seems plans for new content are on hold for the foreseeable.

A Tragic End for Sithis’ Finest

As you can see from the information above, Lucien Lachance was loyal to the Dark Brotherhood right until the end. He upheld all of the values that make the Dark Brotherhood what it is, and quite frankly, it was a gut punch when we arrived at Applewatch to find him strung up and mutilated in the way he was.

Lucien was a great character in the series, offered a number of memorable moments that serve to keep his legacy alive, and he’s even popped up here and there within TES since. We hope that this guide gives you all the information you were looking for and as always, thank you for reading.

Question: Is The Blade of Woe a Good Weapon?

Answer: Initially, we would have to concede that the Blade of Woe is pretty useless. It’s no better than a basic iron dagger, and worst of all, it takes up a permanent spot in your inventory as it is considered a quest item. However, holding onto this weapon and completing the Dark Brotherhood questline can be a very worthwhile thing, as the Night Mother will enchant this item and scale its power to your current level, which can make this a very powerful asset indeed.

Question: What is the Best Dark Brotherhood Quest?

Answer: This is a subjective question, so brace yourself for a subjective answer. While there are so many great quests in each TES iteration’s Dark Brotherhood questlines, we simply can not look past the quest titled Whodunit? This quest sees the player attend a party where you must kill all the attendees, ideally without anyone noticing that you are the killer.

Question: How Do You Become a Vampire Through the Dark Brotherhood?

Answer: While this is a purely optional thing that players will need to seek out, you can become a vampire upon request with the help of Cheydinhall Sanctuary resident Vicente Valtieri. He is also a vampire, and upon completion of his last contract, he will offer you the chance to accept his gift and become a vampire. However, unlike in Skyrim, being a vampire in Oblivion is more of a burden on the player, so truthfully, we would pass on this offer if we were you.