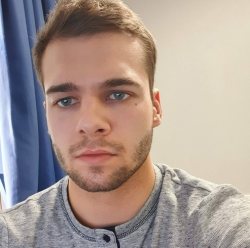 Alex Maksymiw
Having learned the tricks of the trade regarding games journalism at Veryali Gaming, Alex is now a key member of the Scrolls Guided team, and loves nothing more than grabbing a controller and bracing himself for hundreds of hours of content.Alex loves immersive RPGs, has spent more time in Skyrim than he dare admit, and he also loves playing guitar.

Thousands of mods add whacky weapon designs and gameplay overhauls, while some add-ons, such as the Saints & Seducers add-on, reintroduce lore-friendly items such as Madness Ore which was first introduced in The Elder Scrolls IV: Oblivion: Shivering Isle DLC.

I recently booted up The Elder Scrolls IV: Oblivion, just for old times’ sake, and it really was a different time in gaming, that’s for sure. The clunky movement, goofy voice acting, and cartoonish graphics are charming, to say the least. It was hilarious walking into an inn and hearing characters interrupt each other with lines of dialogue leading nowhere.

However, I was blown away by the sheer volume of weapons and armor sets in the game. So it’s a pleasure to see Madness armor and weapons return in Skyrim in the Saints & Seducers add-on, so without further ado, let’s dive into Madness Ore and Madness Smithing.

If you haven’t got time to read the whole article, don’t worry. I got all the relevant information you need for Madness Smithing and obtaining Madness Ore here: Madness Ore is an incredibly rare crafting resource added in the Saints & Seducers add-on. It can be used to craft Madness Armor and Madness Weapons, some of the strongest but heaviest gear in the game.

Madness Ore is incredibly rare; you’ll waste a lot of time searching dungeon chests for it. Instead, I recommend completing the “Balance of Power” and “Restoring Order” quests to expand the Khajiit Caravans inventory so that you can purchase Madness Ore from Ri’saad. Alternatively, you could exploit the Markarth hidden chest glitch to obtain Madness Ore.

I highly recommend that you frequently check Ahkari and Ma’dran’s inventory for Madness Ore and Rare Curios items.

The Madness of Saints & Seducers

Before I get into the nitty-gritty of Madness weapons and how to acquire them, let’s first have a look at what the Saints & Seducers add-on is and how to get your Khajiit paws on it.

The Saints & Seducers add-on is Creation Club content meaning that you cannot obtain it through mod websites such as Nexus Mods or the in-built mod browser in the Steam Workshop. However, this allows owners of The Elder Scrolls V: Skyrim Special Edition on Xbox and PlayStation to experience user-generated add-ons.

Bethesda felt generous on the ten-year anniversary of the release of Skyrim. It released the Saints & Seducers add-on for The Elder Scrolls V: Skyrim Special Edition and Anniversary Edition.

That means if you own a copy of these versions of Skyrim, the Saints & Seducers add-on will automatically install.

The Saints & Seducers add-on takes inspiration from The Shivering Isles Oblivion DLC. The add-on also includes the Rare Curios Creation Club add-on for free. It features an expansion’s worth of new content for Skyrim, such as new quests, alchemy ingredients, unique weapons and armor, and four lore-friendly craftable weapon and armor sets:

To unlock Madness Smithing, the player must complete the “Amber and Madness Smithing” miscellaneous quest. You can start this quest by activating the Saints & Seducers’ main story quest, “Balance of Power.” You can obtain this by talking to Ri’saad, the Khajiit Caravan merchant that roams between Markarth and Whiterun.

The “Amber and Madness Smithing” quest will lead you to an area close to Mistwatch to kill Evethra, an Arcane Blacksmith with the power to forge Amber and Madness equipment. Loot and read Evethra’s Journal to learn the secret of how to forge Madness and Amber equipment.

Don’t forget to pick up the Arcane Blacksmith’s Apron while in the area. This item is enchanted with Fortify Smithing and grants the player 20% better equipment when smithing items.

The player can mine most ores in Skyrim. However, the Madness Ore was originally found in the Shivering Isle, meaning you won’t find any Madness Ore veins in Skyrim to mine. Madness Ore can sometimes be found in chests, but it’s very rare. The player is much better off completing the “Balancing of Power” and “Restoring Order” quests for Ri’saad to expand his inventory.

Upon completing these quests, the player is given Ri’saad’s Note on New Wares, confirming that his inventory has been expanded to include items from the Saints & Seducers add-on.

The player can obtain Madness Ore without activating the Saints & Seducers’ main quest. However, it is extremely rare. In my own playthrough, I found Madness Ore as early as Embershard Mine in the chest locked behind the gate.

In my opinion, Madness Heavy Armor is one of the best-looking armor sets in the game. The Madness Helmet is the perfect blend of fantasy and 13th-century armor.

A full set of Madness Armor will turn you into a tank. This is because it has a combined armor rating of 114 without the shield and 152 with the Madness Shield. That makes the Madness Heavy Armor set stronger than the Daedric Armor set and the best Heavy Armor set in the game.

However, protection comes at a cost. Without the Conditioning Heavy Armor perk, the Madness Armor set will drag you down. It’s by far the heaviest armor set in the game, adding up to 104 weight. That’s one-third of the carrying capacity of some characters!

To craft Madness weapons and armor, you must smelt two Madness Ores in a Smelter. Smelters can be located outside most mines and near blacksmiths.

If you’re looking for a lighter armor set, consider crafting a set of Amber Light Armor or Dark Seducer Light Armor from the Saints & Seducers add-on.

In my own experience as a Two-handed warrior, I use Heavy Armor sets to benefit from the armor classes’ high Armor Rating and not have to worry about not having a Shield in my off-hand. To improve my character’s Armor Rating further, I use the Well-Fitted and Matching Set Heavy Armor perks as they grant my character a 50% armor bonus for equipping full Madness Armor.

The Juggernaut 5/5 Heavy Armor perk increases the armor rating of Heavy Armor by 100%, making my character pretty much untouchable by lesser enemies.

Crafting Madness Weapons requires much less Madness, Ore, although they are one of the heaviest weapon sets in the game.

Madness weapons are slightly better than Dragonbone weapons and are late-game items. Fortunately, Madness Weapons don’t need as many Madness Ingots to be forged. However, the two-handed Greatsword Battleaxe and Warhammer all require five Madness ingots each.

Archers generally need a steady supply of arrows to keep fighting in combat. While Madness Arrows deal the greatest damage of all arrow types, it is only one point over Dragonbone Arrows and two points over Daedric Arrows.

Therefore, using Madness ingots to craft Arrows is a waste of resources when considering how rare Madness ore is in Skyrim.

If you want your Madness Bow to deal extra damage, I suggest enchanting it with elemental damage enchantments rather than using Madness arrows.

Moreover, there is no need to craft Madness Daggers if you own Skyrim Special Edition, as Bethesda included the Fishing Creation Club add-on for free. This add-on features an extremely powerful dagger called the Fang of Haynekhtnamet.

This dagger deals the same amount of damage as the Madness Dagger but is 0.5 lighter. In addition, the dagger deals twenty-five points of Shock Damage per hit, which can be further upgraded with the Augmented Shock perk.

Question: How Can I Forge Better Equipment in The Elder Scrolls V: Skyrim?

Answer: Madness equipment has some of the toughest armor and the highest damage-dealing weapons in the game. However, the player can forge even sturdier armor and sharper weapons under the right conditions. The Saints & Seducers add-on includes the Arcane Blacksmith’s Apron, a unique clothing item that improves weapons and armor by 20%.
This is a significant boost, but items can be improved further by exploiting the Fortify Smithing enchantment and Fortify Enchanting potions.
First off, create high-level Fortify Enchanting potions and drink them before applying Fortify Smithing to armor via an Arcane Enchanter. Repeat the process until you have a full set of Fortify Smithing armor, excluding the helmet and footwear, as these cannot be enchanted with the Fortify Smithing enchantment.

Question: What Unique Weapons and Armor Features in the Saints & Seducers Add-On in Skyrim?

Answer: The Saints & Seducers add-on reintroduces lore-friendly items back into The Elder Scrolls series. Along with Madness, Dark, Gold, and Amber equipment, the add-on features unique weapons and armor, such as the Nerveshatter, a Two-handed Warhammer that deals thirty points of shock damage and was previously featured in the Shivering Isle DLC for Oblivion. The Sword of Jyggalag is another Shivering Isle weapon that can be obtained in the Solitude Sewers with twenty-five base damage.

The player can also obtain the Madness Helmet of Recovery, a unique Madness Helmet that increases Magicka Regeneration by 100%, and the Ring of Disrobing. This item removes the user’s chest armor by looting Thoron in the Solitude Sewers.

Finally, the player can obtain Staada’s Helmet, a unique Golden Saint Helmet that increases the user’s Stamina by seventy points by completing the “Staada Quest,” which revolves around the player delivering the Jyggalag Sword to Staada.

Questions: How Do I Obtain the Mania and Dementia Elytra Pets in The Saints & Seducers Skyrim Add-On?

Answer: The Saints & Seducers add-on adds two friendly Elytra to Skyrim that can become followers. Each Elytra must be freed from bandits to be acquired. You can find Elytra (Dementia) and Elytra (Mania) in the bandit camps found during the “Balance of Power” quest.
Both Elytra’s will aid you in battle. Once per day, they can be harvested for Mystic Venom, a poison that deals five points of Health and Magicka damage to enemies.

I highly recommend that if you own this add-on, check it out. Skyrim’s madness weapons and armor are immensely powerful, despite being a bit on the heavy side. They will protect you from the deadliest of monsters.

Madness is an extremely rare resource, so stick to my guide, and your Madness Ore supply will quickly increase. Also, whatever you do, do not sell Madness Ore or other Saints & Seducers crafting materials. Instead, store them in your house or stash them in your followers’ inventory.